For discussion about setting up your studio and advice on the gear and equipment within it.
Reply Tweet

Ottomatic wrote:Anybody need/want photos of the inside of an Akai MG614? I'm in the process of installing a spare "Mecha Block" (as Akai calls it) as well as a tape sync board into one of my MG614s. I took some photos for reference so that way I know where all the internal cables go. If anybody wants me to post them let me know. I haven't seen any other photos of the inside of an MG614 anywhere on the internet yet. Also if anybody has a PDF copy of the service manual for the MG614 I'd really be interested in a copy.

I finally got the MG614 reassembled. That thing is like a jigsaw puzzle from hell. It makes dismantling and reassembling MPCs seem like putting together Duplo Blocks or Lincoln Logs in comparison. (At least it seemed that way from my perspective). There are so many PIN/ribbon cables in hard to reach places most of which are bundled together with zip ties.

The only quirk I've noticed with it so far is that when I press play the machine will freeze and not respond to any other buttons including stop or eject and the capstans will keep rotating the tape but there won't be any sound from the tape. The only way to stop the tape is to turn the unit off. However I noticed that if I press rewind or fast forward and then immediately press play after pressing one of those two buttons the tape will play just fine; sound and all as well as responding to the stop and eject buttons. Has anyone else experienced this problem with their MG614? I had the exact same problem with my other MG614 that I took the tape/mecha block out of. Since I've had this problem in two separate MG614s with the same tape/mecha block I'm assuming that the issue is with the tape/mecha block and not the rest of the MG614. As far as I can tell the pinch roller, motors, tape heads and belt all seem to be okay and in good shape.
Ottomatic
Posts: 41
Joined: Thu Sep 20th, 2012
Location: California, United States
Akai MPC & DAW Tutorials
Learn how to use your MPC with Pro Tools, Ableton, Logic & Reason
www.mpc-samples.com 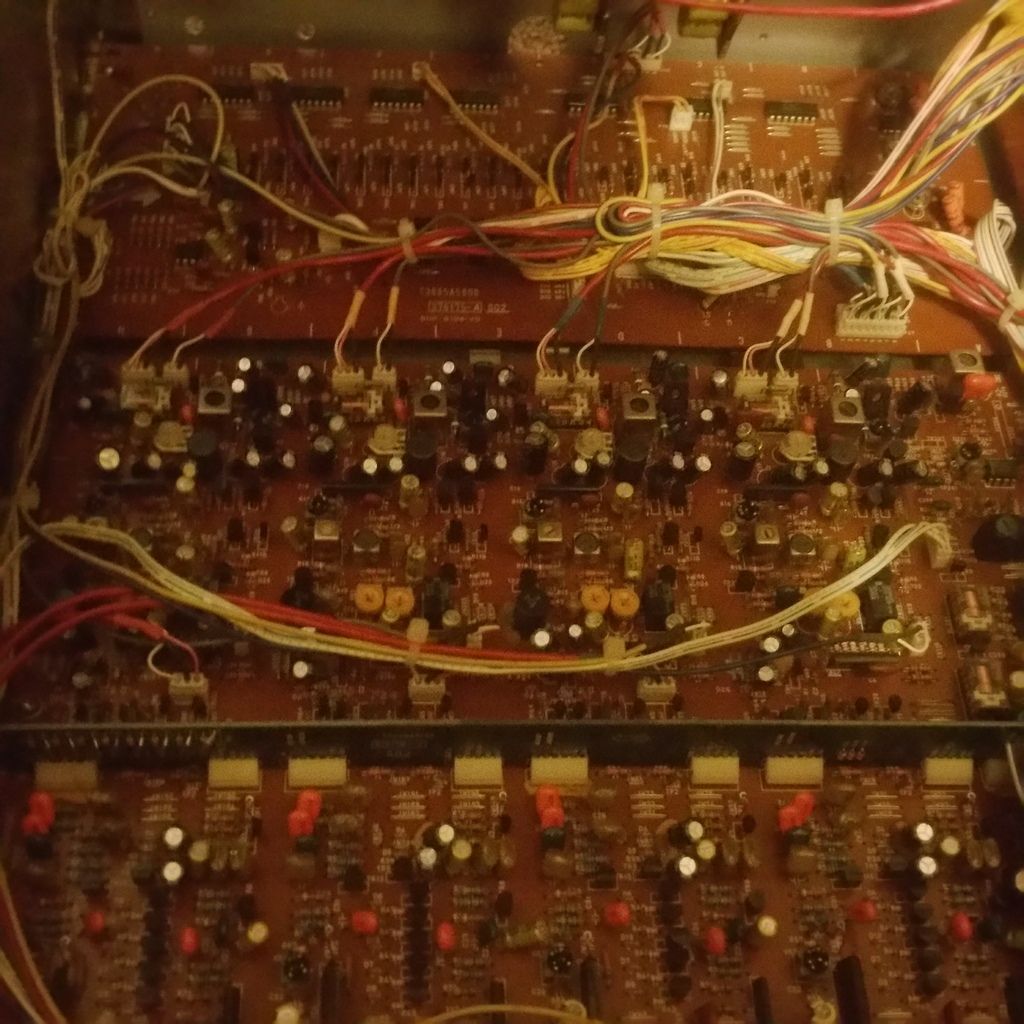 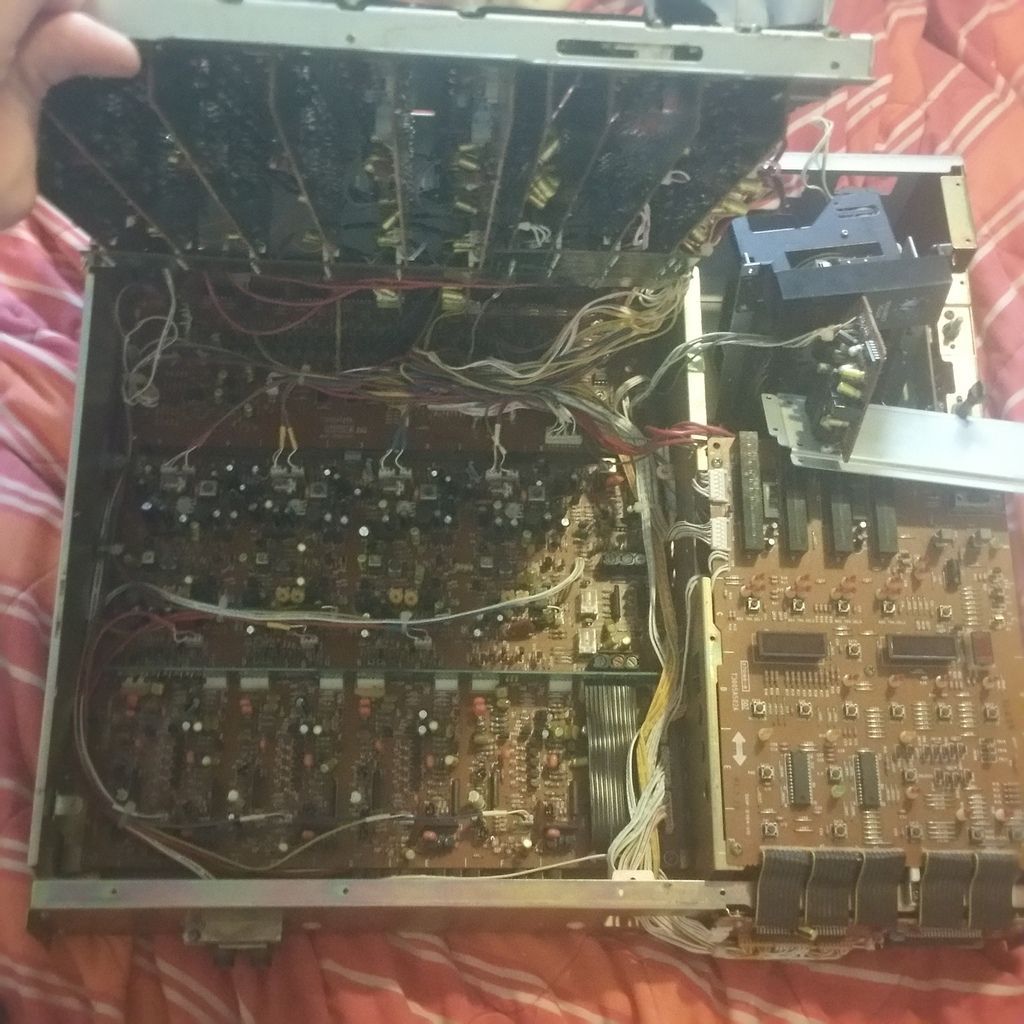 Here are a couple images of the inside of an Akai MG614.
Ottomatic
Posts: 41
Joined: Thu Sep 20th, 2012
Location: California, United States 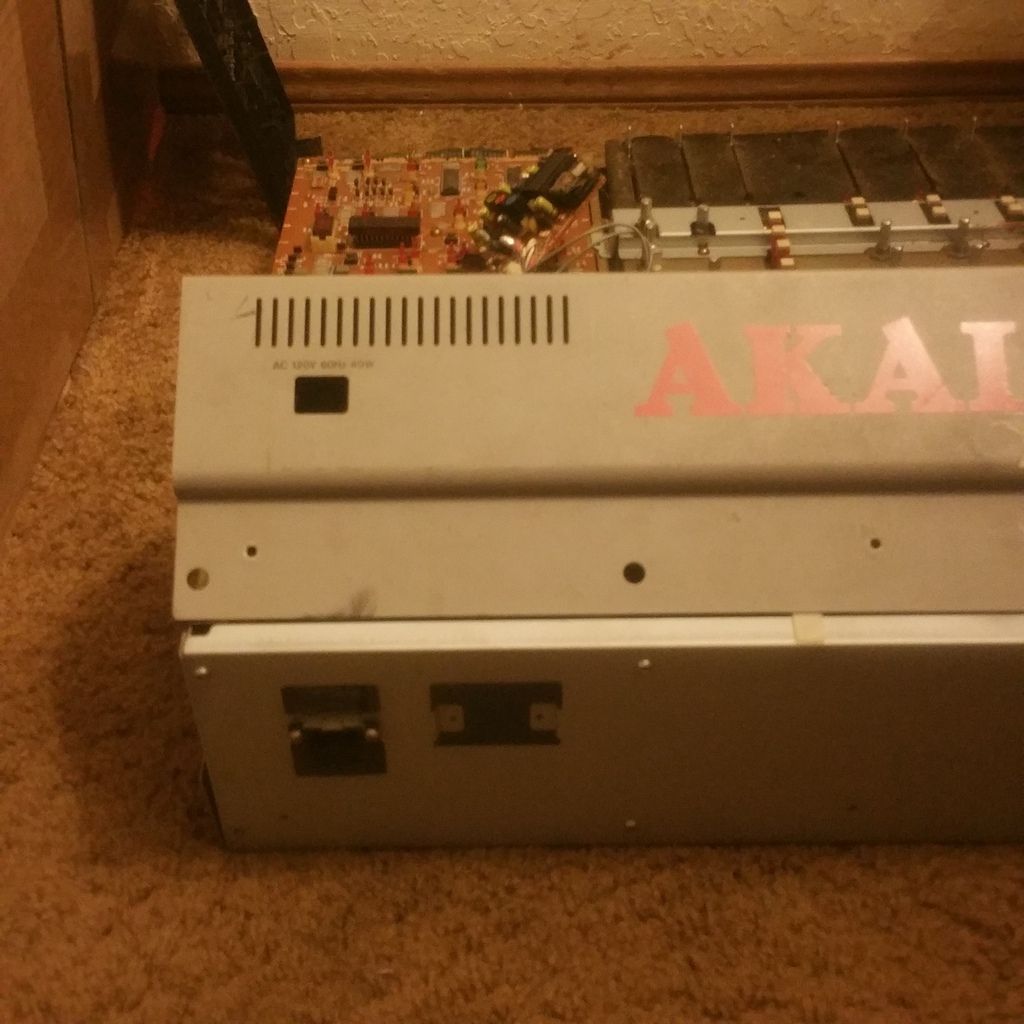 I noticed that there is another opening where something could be mounted next to where the power cord was mounted but when the plate is attached to the unit the hole is completely blocked off.
Ottomatic
Posts: 41
Joined: Thu Sep 20th, 2012
Location: California, United States

By Denziman Tue Oct 13, 2015 7:05 pm
Hi,
I'm new on this forum, i just came across your very interesting thread about Akai multitrack recorders. I use a MPC 3K LE and was planning on buying a Tascam 246 for my recordings. However, after reading different forums and particularly this thread i would love to buy a Akai MG614.

By any chance, would anyone have one for sale in good condition? i just missed one on ebay.. Damn it!
I'm based in London
Thanks a lot

Some questions I have in mind before I start experimenting with it:

- What are your favorite cassettes with this recorder?
- Do you prefer to crank gain trims and then adjust volume or keep gain low & compensate with line level for more compression?
- I have an opportunity to buy a 2nd one for a cheap price as it is out of order. Would you recommend to buy it for spare parts?
augur69
New Member
Posts: 1
Joined: Sun Jan 3rd, 2016


How much would you pay for these machines these days, if you consider that everything works?
Mistamoon86
Posts: 44
Joined: Fri Mar 21st, 2014

By pauchi Mon Aug 22, 2016 11:03 pm
any peeps following this thread still?
I have a lot of questions but first things first
iany tip on how to clean the tape deck?

By WASKMUSIC Wed Jun 28, 2017 11:02 am
i was reading all sites of this thread and i am still searching for the service manual for the MG614. is anyone able to upload it somewhere?

By Joe k Fri Sep 13, 2019 12:45 am
Just got my hands on an (apparently) working order MG 614. Only thing it’s missing is the power cable—from what I understand only some of these had removable power cords. Mine is one of em.

Is this an IEC , c9 type, or something more specialized? Any help would be greatly appreciated !
Joe k
New Member
Posts: 1
Joined: Fri Sep 13th, 2019