ThaContender wrote:Ok so I've tried two different RAM sticks now and neither work in my 1000. I think the first one was not PC133 but I know for a fact the second one purchased was exactly to spec. 256MB PC133 SODIMM from Computer Memory Solutions. I'm running JJOS 3.16 (the free one) and on the memory check it gets to 49% and then gives me the fail message followed by 88000000

Do I keep trying other brands of RAM or is it possible something is wrong with my sampler?

It had 128mb installed and used to work perfect on JJOS 3.18
but after I got it out of the storage where it's been for 8 years , it fails to boot - memory fails

Bought 2 new Samsung chips from Ebay the seller has tested them in his mpc ,
but they fail too.

What could have happened with my MPC?

NearTao wrote:Might be a dirty connection... tried rubbing alcohol on a qtip and gently rubbing the contacts?

While I do realize that it'll only read 128MB of that, I've found that doing it the way has had the most success vs single sided 128MB SODIMM modules.

Yes, the memory module that used to work 10 years ago , but stopped , and 2 other new modules are all double sided Samsung correct type modules...
non work....
There must be something wrong with the mpc ...but what?
Pulling my hair

NearTao wrote:Broken memory clip? Are you able to tell if the memory is seated properly?

Memory clip is ok , clicking in, seated well
otherwise how would JJOS 3.16 memory self test by bootloader could see it as 128mb Ram modules if it wasn't seated well or something was broken?
the memory problem started after MPC being stored for 8 years not used....before that memory and operation were ok.
Puzzled

I get the impression the MPC is at fault, perhaps setting everything back to factory settings or going back to the original OS and start from there.

By the way the clip and socket might be fine, but something else could be at fault and you might need a decent engineer to do some circuit testing. Just because its been away for 8 years does not mean it did not suffer from something like water, dampness or moisture which can badly damage the internals.
WehDay < Legend79 < Mr Brown < Penfold
RAM & CF Card Help for the MPC 1000
Closed mouth don't get fed 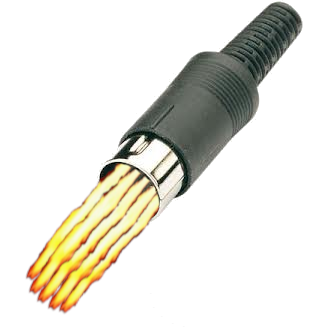 I ordered one of the cheapo red "Extreme CF Adapters" on eBay. AVOID. It kind of works to format and load a few samples and then freezes or unmounts. I also tried a silver 16GB SanDisk Ultra 50MB/s card which would just totally freeze the MPC when I tried to save or load.

I ended up ordering a higher quality SD -> CF card adapter from iflash.xyz, which was apparently designed for converting mid 2000s iPods to flash storage. I believe these are designed by Tarkan Akdam. It looks like there are also some on eBay, not sure if they are legit though. I've been using it with a 16GB class 10 SanDisk Ultra microSDHC card (white and gray.) No issues to report so far.

EDIT: It's possible my fault, because I've tried 64 GB SD card. Looks like maximum size is 32 GB. Will try smaller one.

Combo of usb 1.0 and CF card format in this machine is killing me, no hope for fast file transfer. I mean it's not 3,5 inch floppy diskettes but still...

I bought the CF adapter and SD card, this guy recommended in this video for the 500, a year ago and have had zero issues. Save and load times seem to be about 10-20% faster than the 2GB Akai CF I was using.