rizumu wrote:Here are screenshots of the Vailixi website faq and documentation before it went offline:

For some reason today the OS 3.16 from the MPC3000.com wasn't working for me anymore after I downloaded it and unRARed the file.
I found another version of OS 3.16 from a Korean website that worked for me:
http://beanalog.com/blog/akai-mpc3000-os/
MPC3000/LE OS 3.16 DOWNLOAD 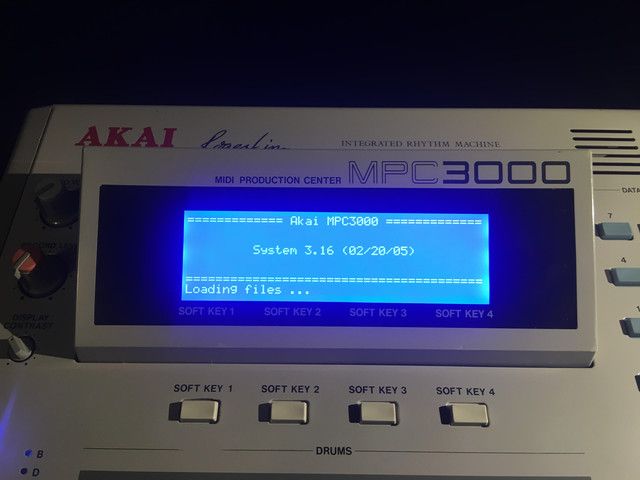 You are correct Sir. Thanks.

By bjarnir Thu Aug 30, 2018 5:20 pm
Hey everybody, im wondering with the tactile switches, will those from mouser “B3F 6022” work for changing all of the 57 switches? Cause i have been checking out some online stores like https://syntaur.com/akai_mpc.html

RudeRuben wrote:I run it now, And it seems to work nice.

4. EDIT SND screen now features a TRUNC SFT+END function. This allows samples either side of the SOFT START and SOFT END points to be
deleted in a single button push.

5. EDIT SND screen now features a COPY ZONE -> SND function. This allows samples defined within an edit ZONE to be transformed directly into
a new sound within memory from a single button push. Define a ZONE start and end, COPY ZONE -> SND and a new SOUND will appear in memory.
The new SOUND created via this process will be auto named as "ZONE" with an incremental number appended for easy location within memory.

6. Samples can now be real-time edited and/or processed while the sequencer is playing or recording.

9. MIDI CLOCK can be sent to all 4 MIDI output ports simultaneously.

10. MIDI TIME CODE can be sent to all 4 MIDI output ports simultaneously.

"SND playback stops on STOP" allows all samples playing to be halted when the sequencer is stopped from any running state.

"Mute audio during EDIT SND processes" allow the audio to be muted when samples are being edited in real time with the sequencer running in PLAY or RECORD.

Option to now "Hybrid Partition" a SCSI hard disk. Hybrid partitions are safe cross platform types that can be seen by computers and the MPC3000 allowing computer access to all
disk data for the purpose of rapid file transfer and sound library development.

16.Large samples up to 32Mb in size can now be saved to disk in a single file. This useful feature allows you to now use your MPC3000 as a recorder for
periods up to the length of it's entire 32Mb sample RAM space.

General Bugs Fixed
The Vailixi 3.50 update not only adds a wealth of useful functionality to your MPC3000 but also addresses some long time outstanding bugs which you may have encountered through use of your machine.

Corrected a bug known to exist since system 3.00 where function not implemented messages would be displayed when accessing certain menu options and soft keys.

The MPC3000 no longer displays these error messages. Menu options and soft keys concerned now function in the correct manner.

Corrected a bug introduced in system 3.12 where incorrect error messages would be displayed when attempting to load the maximum number of SND files into memory via a PGM.
The MPC3000 now correctly reports that there are too many sounds in memory rather than incorrectly stating that sequencer memory is running low.

Corrected a bug known to exist since system 3.00 where sound memory management would become extremely unstable when recording a sample over 327.6/163.8 (STEREO/MONO) seconds in length.

Fixed a bug present since version 3.00 that affected MIDI input processing and system stability when the SEQUENCER was in a STOPPED or IDLE state.

The result of this would be missed, incorrect or stuck-on notes when passing MIDI events thru or recording into the SEQUENCER when started from a STOPPED or IDLE state. The MIDI processing engine now processes these messages in a more effective manner when the SEQUENCER is STOPPED or IDLE and protects against CPU overload.

Due to the limited memory space available for code in the MPC3000, unfortunately, in order to implement the many features and improvements you see above it seemed fit to remove some redundant functionality.

HELP MESSAGES, SAMPLE DUMP and SAMPLE DUMP input response routines removed. Removal of these lesser used features has allowed code space to be recovered for the implementation of new features. As you can see, there is a whole host of new features available.