The korg radias was WAY ahead of its time.
http://www.timmantle.com/korg-radias.html

I just find this to be a sweeet spot in their history for me
I dig GROOVEBOXES & essential hardware.
Catch me in LA, DC/BALTIMORE, south FLORIDA somewhere in my beach chair . . . . . . .
DokBrown
Valued Member
Posts: 599
Joined: Mon Apr 19th, 2004
Location: LA , BALTIMORE/DC, south FLORIDA 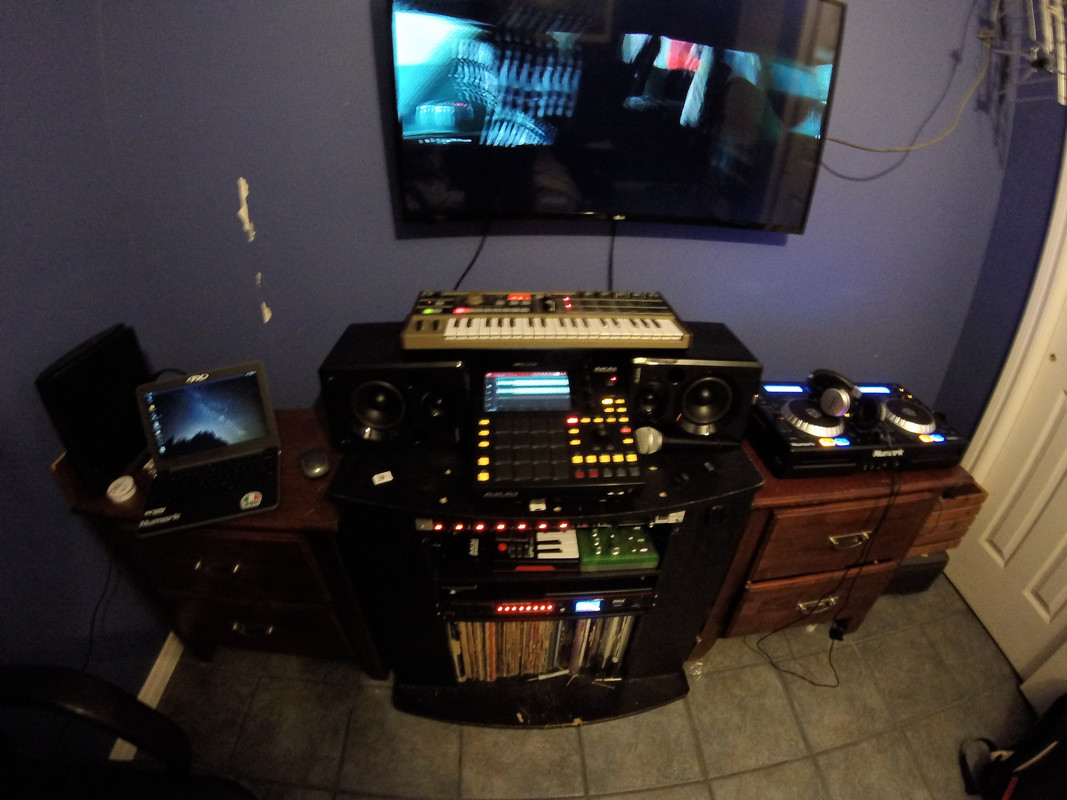 By Ultros Thu Aug 19, 2021 10:47 am
I have a microkorg. It's a 20 year old synth but its an amazing little device. its stereo or mono, does mono, uni, poly. Patches are easy enough to make, save and back up. It also has a really neat set of oscillators to play with, theres one group that has like 60-100 different osc shapes and the vocoder lol.. fawkin vocoder from the microkorg is basically my staple vocal sound... its so corney its dope! I've debated buying other synths but atm i cant really justify replacing it because it still does exactly what i want.

Ultros wrote:I have a microkorg.

So do I. At first I was rather unimpressed by it‘s sound and found the vocoder sounding cheap and rough. So it collected dust for years, since I didn‘t return it in time.

During a music contest last year I was asked to make some „vocalish“ sound without using actual vocal, so I got it back on the desk and fiddled around with it after - in the meantime - having developed quite an ear and a better feel for synths. I have to admit that for an unimpressive and rather cheap device it has a lot of character and complex sound I have been missing in many a plugin (Hybrid, Massive, Serum and the likes).

Wouldn‘t want to miss my microKORG (non-XL), and it has a steady place in many productions now. I love it‘s simplicity and weird ways of controlling it. Very nice machine indeed!
MPC Live 2

By Ultros Fri Aug 20, 2021 4:19 pm
I gotta admit, it does have a bit of an akward interface, and is missing some features i would like to have like a third oscillator but with some tweaking I can get all sorts of really neat sounds. I can lay in bed creating patches for hours before falling asleep its addictive.

I do however stuggle quite a bit to create vocoder patches that arent similar to my previous patches. i tend to lead toward pure sine oscillators for vocals for a crisper sound but it appears to be my draw back as well.

Mine is also the og model. For the $500 cad I paid, i am happy i made the choice to invest in the microkorg over other newer models like the mono and minilogues. They're still very much a consideration, but theres less urgency to invest in them.

By DokBrown Fri Aug 20, 2021 8:09 pm
I have had several drum machines , grooveboxes, synths. NOTHING gets me there faster than my EMX. It is isn’t real analog but the experience is smooth to the point that I find it fun. Every time I want get a new toy, I spend 2-4 hours & find something new that haven’t fully exploited.

Mistabishi has mastered this sound engine on youtube . . . . .
I don’t use his patches but I listen to his sounds & then guess how he created them.