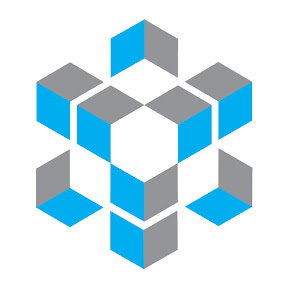 I'm making changes to my desk and have a real need to be able to run the transport from a controller. Is this possible? I tried programming my Morningstar MC8 to use MMC to the force and that was an epic fail. The only thing that worked was record. I abandoned trying to use the force for guitar looping because of that... it's hard to start the recording while you're holding a guitar in the starting fret position. So now I'm needing to mount the force higher than normal but still be able to stop, record, start the thing without stretching up to do it because of where the controls are on the thing. I am getting so frustrated with the lack of basic midi cc control with the force. Every device that has been designed over the past 20 years has basic cc control except this **** thing. Not midi learn... just basic midi cc number values that are assignable to a device like a normal midi device.
Ast3rix Music
_______________
https://youtube.com/c/ast3rixmusic
@ast3rixmusic twitter/instagram

By allreddv Fri Sep 09, 2022 11:39 pm
Thought I would tried to help out since it looks like two threads are going trying to get this to work. I had not previously used MMC to control the force so this was my first attempt. I was able to get it to work with an Arturia Keystep Pro, both over a USB connection, and also with USB disconnected and just using a standard midi din connection,

I could start/stop and record. I am imagining you want to be holding your guitar ready to play and start recording a clip with a count in by pressing a foot controller and start playing. So if my Keystep had foot buttons instead of finger buttons, this would be working.

As long as "receive MMC" was checked on, it worked fine, and if I unchecked "receive MMC" it no longer reacted to the MMC messages, which is how it should work.

So my guess is that the most likely issue is with your foot controller settings somewhere. Most likely not sending the correct MMC code you need. I don't have that unit so I can't really test. But, I can confirm that MMC messages for play/stop/record all work when receiving standard MMC both over USB and over MIDI DIN, or at least with an Arturia Keystep Pro, but I would assume it would work with any device sending the same MMC message.

On Page 322 of the manual it list what 6 MMC codes the Force can receive and their related function. Check to see if you can see in your foot controller that these are the codes that it is sending.

What other things are you trying to control via midi CC in the Force that you are not being able to?
allreddv
Posts: 73
Joined: Tue Sep 7th, 2021

allreddv wrote:What other things are you trying to control via midi CC in the Force that you are not being able to?

Stop, Start, Record are the only things I need honestly, but after spending hours with the Morningstar MC8 and not even seeing a single message transmission on the force side, I gave up. The manual does not provide enough information on the exact codes needed to be able to send via mmc. I found someone else in the MPC forums who was doing the same thing with a MPC LIVE 2, however those MMC codes definitely do not match the Force's setup. I was hoping that it would... I reached out to Morningstar during my trying to make this work phase and they have basic codes setup in the device that are a global standard for MMC, but none of those work. The problem is if you don't know the mappings then you can't create a function to send.

This is the manual language:

To set up your Force hardware to send MMC messages to an external device:
1. Use an included 1/8"-to-MIDI adapter and a standard 5-pin MIDI cable (not included) to connect your Force
hardware’s MIDI Out to the MIDI input of your external device.
2. Press Menu to show the menu, and tap the gear icon to enter the Preferences.
3. Tap the Sync tab.
4. Tap the Send Port 1 field, and use the data dial or –/+ buttons to select Midi Out.
5. Tap the Send MMC box so it is enabled (checked).
6. Exit the Preferences.
7. Configure your other device properly so it can receive MMC messages.

To set up your Force hardware to receive MMC messages from an external device:
1. Use an included 1/8"-to-MIDI adapter and a standard 5-pin MIDI cable (not included) to connect your Force
hardware’s MIDI In to the MIDI output of your external device.
2. Press Menu to show the menu, and tap the gear icon to enter the Preferences.
3. Tap the Sync tab.
4. Tap the Receive MMC box so it is enabled (checked).
5. Exit the Preferences.
6. Configure your other device properly so it can send MMC messages.

Useless garbage with no detail as usual. This manual has been a train wreck from the start and continues to be the same with no improvements. They need to include the EXACT MMC system exclusive messages. As it is not setup to use the standard global exclusive messages. SOOO give us the codes since you can't seem to follow the standard. The Morningstar MC8 is capable of transmitting the right MMC messages if it has the right codes. I have spent alot of time programming in midi cc for most of my guitar rig's crazy dual effect processors and stereo setup. All of which had very high detailed manuals available. If I ran into an issue I was able to reach out to Morningstar for an assist. I haven't had any major issues with programming midi outside of trying to do basic stuff that just doesn't work with the force.

I hate the learn feature it needs a lot of work. I should be able to just select learn then select an area of the force that I want to control, then move the knob on my controller, not select from a small list of things within a track. Also there's no global function control. I personally would hate to have to setup each performance session with new midi control functions. I would much rather have global control over a specific function that is repeatable each time without me having to suffer brain damage when I want to use my controller.

I have a 1010music blackbox and Bluebox. These devices are far more intuitive with midi learn than the Force. I was able to use midi cc to program my blackbox to switch pads for looping, as well as stop, start, clear a pad, and play. Definitely can't do that with the force. I was able to select learn and go to the mixer settings of my Bluebox and select 1 track at a time and assign my Korg nano studio all the faders, pots for pan, and gain knob. It was painless... I can't do this with the force... it's frustrating. As much as I am using the Force there's just things that still rub me all the wrong way. When I think I can do something so basic... read that shitty manual that says it's possible and find out it's not.. it really pisses me off. The force is the heart of my standalone setup and I use it religiously to create music which I then transfer to Ableton. I really need midi features to work right and not have to spend hours researching things that should just work.

If Akai would just add midi cc to every function that would resolve many peoples problems. Transport controls included. Even a subset of the pads as well. It would be nice to basically move to the next clip, clear a clip, record, start play from using midi cc. I know this is not a big change as everything in the device has a midi cc already but it's not being advertised.
Ast3rix Music
_______________
https://youtube.com/c/ast3rixmusic
@ast3rixmusic twitter/instagram

allreddv wrote: I reached out to Morningstar during my trying to make this work phase and they have basic codes setup in the device that are a global standard for MMC, but none of those work. The problem is if you don't know the mappings then you can't create a function to send.

" I don't think Midi Commander can send MMC messages , plus on the Force you can't assign Midi CCs for transport controls , so currently it's impossible "

There is no indication in the manual that it can send MMC
If support told you how to do it , check on a computer the transmitted messages using a midi monitor app (MidiOX etc)

By dnkygirl Thu Sep 22, 2022 5:13 pm
Most likely it doesn't. System Exclusive messages are very old school. The Morningstar controllers support tons of things. It is the most advanced controller I have ever seen.
Ast3rix Music
_______________
https://youtube.com/c/ast3rixmusic
@ast3rixmusic twitter/instagram

I have hooked up a footswitch to my Axiom-49 keyboard and configured it to send MMC Play. This worked fine on my MPC Live mk1 (that I don't longer own) and also works on my Force.

Unfortunately, the command doesn't show up in the midi-monitor on the Force. So you would need connect your device to a computer and use Midi-OX to see which message it is sending.

By dnkygirl Sun Sep 25, 2022 9:21 pm
The system exclusive code for the Mpc live units do not work on the force. I tried already…. Spent several hours going through the codes I found for the Mpc live and the only thing I could get to half ass work is record. It requires several button pushes before it will even start. So it seems like it’s almost the right code but not quite.
Ast3rix Music
_______________
https://youtube.com/c/ast3rixmusic
@ast3rixmusic twitter/instagram