Discuss the various methods you use in music production, from compressor settings to equipment type.
Reply Tweet

I often see it on facebook or instagram or reddit. People showing off racks full of compressors, eq's, samplers, tabletops full of mixers and synths and samplers and sequencers and monitors all over the place. $20,000 worth of gear. They probably spent their student loans and dropped out of school or decided to live with mommy an extra year so they can become a musician, which doesn't pay these days. Then they push play and it sounds like dumb sh!t.

One guy I saw on facebook looks like he's in his late 40's pretending he's Dr. Dre, still dresses like he's 15, has a room full of gear and has shared his music with us for years and it always sounds like sh!t. He even has a mini refrigerator in his room which makes me believe this 40 something guy is sharing an apartment or living in an apartment/townhouse with his mom and keeps a mini fridge in his room. LOL What kind of grown man who has his own place would keep a mini fridge in his bedroom? LOL Bi+ch I have a kitchen to myself.

Then I see these guys with huge euroracked synthesizers and half a dozen synths blinking different colors who are only capable of making buzz noises and beeps. And they're bobbing their heads to sh!t that has no rhythm and is basically just noise. Ever heard of the saying "marching to your own drum" ? I don't know what drugs these guys are on cuz they are head nodding to noise that doesn't even have drums or rhythm. The weed these days must be too potent. The buzz noises from an old dial up modem sound more musical than the sh!t these clowns put together.

Then I think back to my favorite, famous producers and all they had was one piece of gear that they learned inside and out. One mpc. One Eps. One Roland spxxx or w30. One sp-12. maybe a 4 track tape machine and a junkie belt drive turntable. Not much else. No racks of compressors and all your other blinking gadgets.

What I'm trying to say is, it's best to MASTER one piece of gear and learn how to use it completely, every shortcut, every trick, every parameter, than to have a collection of gear you're more obsessed with showing off than actually reading manuals and learning.

In fact, if someone only has ONE sampler that doubles as their sequencer and effects machine, I just assume they make better music than some geek trying to collect a museum of samplers and synths and romplers and compressors.

I, myself, am guilty of this. - Of thinking one extra piece of gear might open up horizons or sprinkle fairy dust on my music or make drums come alive or bass pound harder or highs sound more spatial. Never happens. Or buying gear and fixing it only to become a full-time technician collecting op-amps and capacitors and solder wick and fuses in my mailbox. If i'm repairing gear then I'm not making music. Learn from my mistake. Don't do it. Stop worrying about the newest gear, or who has what, or believing that some overpriced latest fad vintage gear will make you capable of creating magical glory days music. Pick a very capable instrument and learn it, practice it, memorize its manual, and push it to its max before you go curating your museum.

Also, I've talked to some people who mix professional records in studios out in California. They say they master damn near everything on a computer. They say all the analog gear hype is for home studios. The pros are mastering on pc's, using software eq's and compressors and plug-ins. Snobs try to pretend you need racks of hardware gear to master or make your music sound better and it really isn't even true. Even famous artists have mobile setups that center around a laptop and do lots of recording in hotel rooms with a very limited, portable, essentials setup.

Hopefully this is encouragement for someone who wants to make music but doesn't have lots of money. You don't need it. That stuff is for snobs. Just invest in one solid piece of gear that really interests you and master it. Don't waste your time envying other people's fancy setups and huge museum collections. They probably don't even know how to use half their gear and probably couldn't punch a groove out if you were holding a shotgun to their head and threatening "Make a good beat or die!"

Chances are if your music sucks on an mpc2000, it's still going to suck on an mpc 3000 or a mpc 60 or sp1200 or what have you. If you're good at making music, you'll thrive on any of these machines. Take Large Pro for example. You could give him any mpc or ensoniq or roland gear and he can freak it. My favorite producers don't cling on to old vintage gear from 30 years ago. They adapt with the times. You can see plenty of famous hip hop producers on Massive Rhythm Roulette and hardly any of them are clinging on to old ancient gear. And if some of them are it is only because they took the time to MASTER it and know it inside out and don't want to relearn a new piece of gear. This is difficult for the instant gratification generation that wants everything instantly. The gear isn't going to make the beat for you. These lazy fu©kers won't even sample their own sh!t. They're on here begging for sample packs or crying cuz they can't hook up an ancient machine to their modern windows 10 computer. What for? They want to press a button and have a program chop their samples for them. Lazy fu©ks.

Sit down and be creative. Stop giving me video tours of your home museum and make some music instead. Thanks. 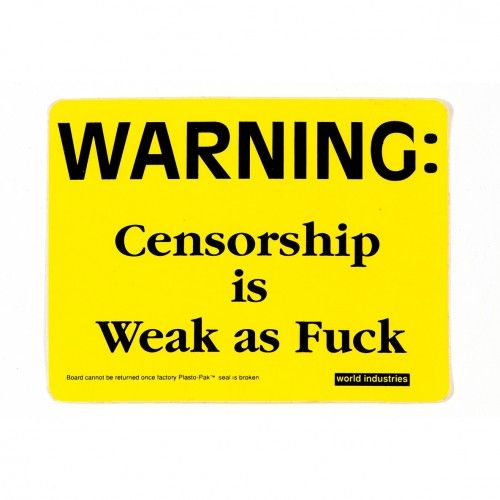 THERE'S SOME REAL FA66OT SCHIT GOIN ON AROUND HERE.

100% agree that thinking that buying extra equipment will make you a better musician or somehow replace learning the gear that you have as well as you can is ridiculous.

Some of the best music ever made was made with a bum ass sampler, a record player, and a recorder. ****, Apollo Brown still uses Cool Edit Pro versions he has to update from old disks off eBay that he probably cracks with Peter Quistgard's old password and makes all time classic stuff with it (Side issue... I have no ****' clue how he uses Cool Edit to sequence his tracks.. but that's a different story.)

That said, I think it would be awesome to be a museum curator full time. That sounds like a dream job. Especially if the museum is for classic hip hop gear of the late 20th and early 21st centuries.

And I own the museum.

So, why can't you do both? Making music is awesome... but learning different machines and just collecting new gear is awesome too. The simple fact is that I doubt many people on this page are full time musicians... Certainly the ones that you mentioned that own 75 different pieces and make garbage aren't. The ones that are probably learned this lesson years ago.

Personally, I know that what I buy is more for my own enjoyment than for any real chance that I'll ever make a living off what I make. I have neither the talent, the skill, nor the determination to ever do anything substantial with this. Its just a fun hobby that I enjoy messing with instead of playing video games or watching TV when I've had a few drinks or whatever. and sometimes, part of the fun is using different pieces of gear simultaneously... Ya know.
https://soundcloud.com/ajaxinstrumentals

..comes up and rightfully so, we ALWAYS have to shout him out!

By terry towelling Tue Feb 23, 2021 2:01 am
yep, that's me... I worked at Australia's premier science and technology museum and we did collect samplers -- notable the fairlight cmi sampler that was invented and made in Sydney.
terry towelling
Posts: 297
Joined: Thu Oct 6th, 2011
Location: surf city

TI has a TRAP museum somewhere in ATL, I’m not interested in that. BUT if there was a real MPC museum in ATL; I would definitely make a stop. It’s important to know your history & technology even if all you have is a used MPC and 1 or 2 drum machines like me. I make a point of selling gear I haven’t used in 8-12 months so someone else can benefit from it. I take 4-8 pictures & some quick notes on what I liked/didn’t for my personal education. I do miss my old roland MV sometimes . . . . . . . but I am NOT a collector.
I dig GROOVEBOXES & essential hardware.
Catch me in LA, DC/BALTIMORE, south FLORIDA somewhere in my beach chair . . . . . . .
DokBrown
Posts: 324
Joined: Mon Apr 19th, 2004
Location: LA , BALTIMORE/DC, south FLORIDA

..comes up and rightfully so, we ALWAYS have to shout him out!

The man, the myth, the legend.
https://soundcloud.com/ajaxinstrumentals

By juxtapozed Tue Apr 06, 2021 3:12 pm
Thanks, I think I needed this. I've been kind of frustrated with my drums lately and too often the answer given online has been "buy **insert vintage 12-bit sampler here**". I don't have the kind of money right now to burn on a heavy ass vintage sampler. I'm young and I can't afford to buy a goddamn sp1200 or some fancy analog preamp. It's 2021 and there are a ton of plug-ins out there.

I admit, I get frustrated sometimes, but I gotta make do with what I got. That's what hip-hop has always been about for me. I think a lot of people forgot about that.
juxtapozed
New Member
Posts: 1
Joined: Tue Apr 6th, 2021