scsi2sd:
v5
can connect via usb and change settings. all listed within this thread were tried
can see the activity light flash when mpc3000 is scanning hd
tried multiple sd cards

By vout Fri Aug 02, 2019 7:59 pm
The 3K should have termination power on the external connector. You can easily check with a meter - there should be 5v on pin 25 of the connector. My 3K works great with SCSI2SD V5.1 (internal or external connection) but I have not tried the new V5.5 (but theres one on the way so I will soon). It is supposed to be compatibe with all samplers.
vout
Posts: 116
Joined: Mon Jul 21st, 2014 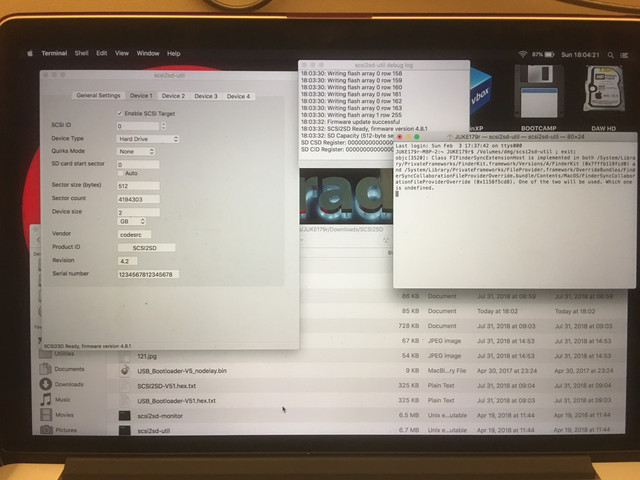 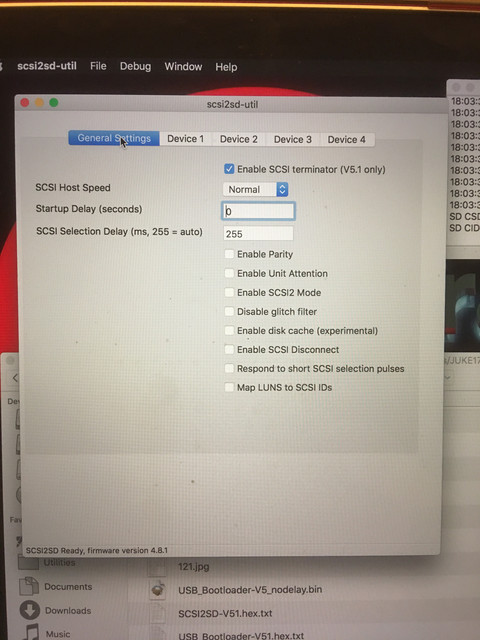 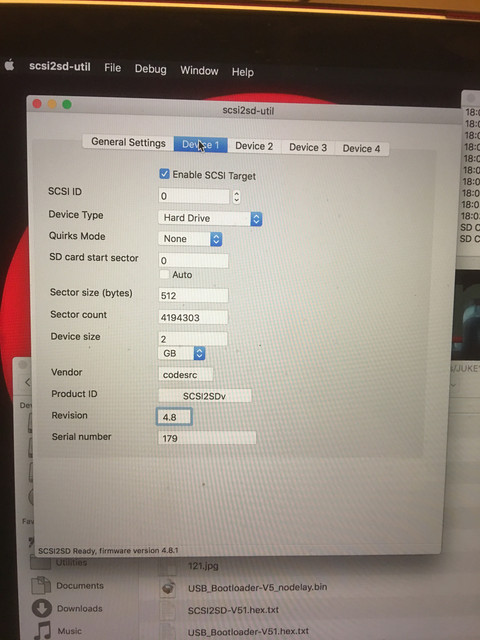 I have an Artmix Stratos dual SCSI adaptor (That works when connecting a ZIP100 through it).

Can a successful user of a 5.1 SCSI2SD share the brand and make of their SD cards ?

Also interested in the revision number displayed in your scsi-util revision field...

By kraftywerk Sat Dec 14, 2019 10:20 pm
I haven't used my MPC in years in any real capacity (besides occasionally doing a bassline or some isolated drums) because I could never get SCSI2SD to work. I mean, not just that - I also own a load of killer drum machines and samplers and keys. But trying over and over left me feeling defeated and I just kind of avoided the machine. I feel like I tried everything; different firmware; different settings, including everything Sir Juke's setup has; going back and forth with Michael McMaster (SCSI2SD) testing, new firmware, slow mode, logging everything and sending it back and forth; external, internal, different cables; different SD cards. SCSI2SD works fine on my S3000XL...so I don't think it's the card itself.

It left me feeling defeated. But I feel like I'm gonna start using it again now. Why?
Because I bought a 10-pack of ZIP disks on eBay.
In other words: I give up on SCSI2SD in 3K.

Those who got it working on a 3K, I really envy you. The craziest **** is mine WORKED for maybe 3-4 months before getting weird (using same card, settings, etc. as when it was working). And it's not my machine I don't think...my MPC has been to Forat, gone over with a fine-tooth comb (I had some corrosion on a dataline from a leak in my studio) and he says everything works fine. And it works PERFECTLY with other SCSI devices, like ZIPs.

But my 5.1 SCSI2SD just never seemed to work. Always freezes with LED on and that takes down my 3K. Have to power cycle it otherwise it's frozen. I hate giving up but time to make music again. NOT looking forward to ZIPs, but at least they work for me...damn.
kraftywerk
Posts: 35
Joined: Tue Oct 15th, 2013

By BayGT Wed Oct 07, 2020 8:41 pm
Hey everyone.
I’m having a strange issue with scsi2sd in my 3K.
So I installed the chicken systems scsi2sd with their cable, and the mpc didn’t recognize it. I read the info on the scsi fuse, so I replaced that as well and then it blew fuse F2. I replaced F2 and got some extras lol so I powered on and it did the same thing. F2 blown
If I unplug the power molex from the scsi2sd and pop in a new fuse the mpc works fine and I rebooted it multiple time to make sure it’s the molex / power causing the issue. Obviously the scsi2sd now isn’t getting power.

Any help would would be much appreciated